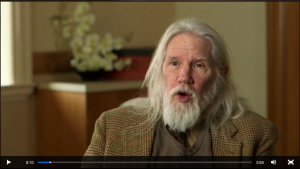 Noted cryptographer Whitfield Diffie was interviewed by NBC news and stated: “In the aftermath of attacks on Paris and San Bernardino, Calif., the FBI and politicians have called for an end to encryption that law enforcement can’t break. Whitfield Diffie, the cryptographer who developed revolutionary computer encryption decades ago, gives a reality check on this hot topic.”

While politicians and legal authorities are clambering for backdoors into electronic products most vigorously attacking Apple Computer, Whitfield Diffie the noted cryptographer explains that the real threat to our society are our woefully unprotected infrastructure; including our water and power systems to a cyber attack.  “To my mind the most critical thing is our grand vulnerability, not to physical terrorism, but to a cyber attack to our critical infrastructure.”

Mr. Diffie explains that Target, for example, was infiltrated by its heating and air-conditioning system which led the hackers into their financial systems. The perpetrators actually hacked into the heating and air-conditioning company and then into Target. “There are lots of systems interconnected this way.”  We wrote about the Target hack in our “Azstec’s seven cybersecurity must-dos’s for 2016” and the vulnerability to hacking the “Internet of Things” (IoT). Later on in our cybersecurity series we will write specifically about the threat to IoT.

Diffie adds ” There are lots of things that have networks connected this way,  and the power distribution system is the one that will fail the fastest. There are a half of dozen critical infrastructures, power and of course gas and water, transportation, banking, communications. Opponents who have real capabilities to survey these systems  stand a chance of developing a technique for causing them to collapse. 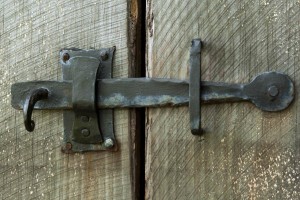 Diffie continues” If you think about building trap doors into these things, you will not be able to deny use of that trap door to other people, so you have other governments, maybe other kinds of entities; economically powerful militarily, people you want favors from, etc. It is hard to see how that could ever be kept just to the US Government.

Whitfield Diffie who developed the SSL encryption that is used every day by everyone of us  on the Internet, feels that encryption plays an indispensable role in cybersecurity adding “I think it is the best cooked part, the solidest part” He feels we need to take a close look at what we need to protect ourselves against and that is the security of our infrastructure as well as our commercial systems, which can cause far more harm and damage than any physical attack.

David Griffith is the CEO of Azstec LLC, the creators of docNCRYPT, the incredibly simple email and document security solution for everyone. If you have any comments or questions, email David at dgriffith [at] azstec.com and follow the Azstec Blog or on Twitter or LinkedIn

The easiest way to protect CPA firms from hackers

Be the first to comment on "Whitfield Diffie on cybersecurity threat"