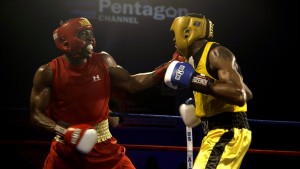 I closed it with a surprisingly prophetic quote from Benjamin Franklin “Those who would give up essential Liberty, to purchase a little temporary Safety, deserve neither Liberty nor Safety.” With government mandated backdoor we’ll be giving liberty to the bad guys and sacrificing our safety based not on Apple’s “marketing strategy” but on the government’s.”

I was scanning the web on the subject and came across a Pew Research poll that indicated a nearly 50/50 split on the opinion on whether Apple should fight the Department of Justice in this case. This surprised me given that Graham Cluley’s poll indicated a 75/25 split for Apple to fight the Justice Department. It was also reported that Bill Gates backs the FBI in the encryption battle, so there are clearly differences of opinion on the subject.  Late add: Bill Gates is now disputing the claim that he supports the FBI specifically in this case so his position may have been misinterpreted.

Regardless, my  theory on the differences in the two polls are that, in general, Graham Cluley’ s readers are more informed about the aspects of cybersecurity, but I thought it would be interesting to see what the opinion of some others on the subject. CPA’s and financial advisers are more business focused, so I am curious what your thoughts are on the subject. Do not let my opinion sway you. I am particularly interested in the comments and background. So:

Should Apple fight the Department of Justice or should they comply and provide them with a backdoor into the iPhone? Take our survey in the sidebar and let us know your opinion.

When not standing on a soapbox, David Griffith is the CEO of Azstec LLC, the creators of docNCRYPT, the incredibly simple document security solution for everyone.  (without a backdoor)  If you have any comments or questions, email David at dgriffith [at] azstec.com and follow the Azstec Blog or on Twitter or LinkedIn.

Be the first to comment on "Should Apple help the FBI?"