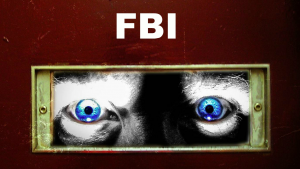 In a related case in New York NBC news is reporting that U.S. Magistrate Judge James Orenstein said the FBI could not compel Apple to unlock the phone in the Brooklyn case, because Congress specifically considered and rejected a bill that would require companies like Apple to make the data on a locked iPhone available to law enforcement.

On Thursday, Apple filed its response in the US District Court to the FBI vs Apple case. When we look back years from now,  the FBI trying to force Apple to access the San Bernardino shooters’ iPhone will be one of the defining events of 2016 and it’s important to understand how it will affect us in terms of our individual rights in the future.

As citizens of the United States we, have a right to privacy, however according to the American Civil Liberties Union:

“The right to privacy is not mentioned in the Constitution, but the Supreme Court has said that several of the amendments create this right. One of the amendments is the Fourth Amendment, which stops the police and other government agents from searching us or our property without “probable cause” to believe that we have committed a crime. Other amendments protect our freedom to make certain decisions about our bodies and our private lives without interference from the government …”

But whether or not our privacy is actually a right is a matter of dispute (libertarians argue it is while strict constructionists contend that no such right exists) and the FBI vs Apple case underlines the issues.

I’ve written several times about the implications of encryption backdoors, both technical and legal.  (see the Azstec blog). My last post February 22, Encryption backdoor battle, argued that the FBI and Department of Justice were overstepping their authority by requiring Apple to implement what would in effect be a backdoor to their products for the benefit of law enforcement. Also pointing out that, according nearly every security expert, the result of this would jeopardize every iPhone user’s security. Since then so much has happened, an update is in order.

The Apple filing: What does it mean?

I encourage you to read the Apple filing which was published yesterday and argues that the court order is both dangerous and unconstitutional. To cut through the legalese, Apple’s arguments, according to The Economist, boils down to two questions: Does the FBI request set a precedent and is the precedent justified? The article contends:

“This battle presages others. If the courts rule against Apple, it will work to make its devices so secure that they cannot be overridden by any updates. In that event (or, indeed, if the tech firm wins the Farook case), legislators will be tempted to mandate backdoor access via the statute book.”

Another excellent article by Steve Kovach summarizes the FBI vs Apple arguments as:

There is not enough space in this article to detail his points in the FBI vs Apple case so I suggest you read his summary if you are interested. 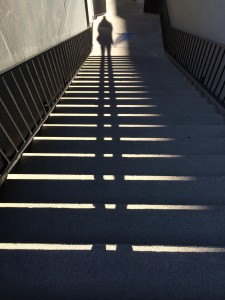 Other useful articles include Wired’s Apple may use a first amendment defense in that FBI aganst Apple case and it just might work and Network World’s piece on the practical implications, The 5 biggest reveals from Apple’s motion to dismiss the FBI’s court order.

Tech Insider has an article that says the Ex-NSA chief thinks the government is dead wrong asking Apple for a backdoor while perhaps the most intriguing article is Apple Versus the G-Men by H.T. Goranson, a senior scientist with the US Defense Advanced Research Projects Agency who argues:

“Speaking as someone with a long presence in the US intelligence community, I believe that the FBI has already gained access to Syed Rizwan Farook’s iPhone. It is an older Apple model using technology that, in other contexts, has already been compromised.”

Our CTO, Mark Gibbs (who also writes the popular Gearhead blog for Network World) also believes the phone has already been cracked telling me:

“… that phone’s almost definitely already been cracked; the FBI (along with the DoJ, the CIA, the NSA, and all the other Three Letter Acronym agencies) just wants to codify their power for future demands. The idea that the latest iPhones haven’t been or can’t, after physical acquisition, be cracked, implies that the billions of dollars we’ve given the NSA (and the rest) wasn’t very productive.”

It appears that the informed money is on the lawsuit being a “thin end of the wedge” tactic for the FBI and Department of Justice to prevent Apple from doing what they and the other TLA agencies are afraid of; Apple’s future products becoming unhackable and uncrackable and which now appears to be Apple’s goal (see the New York Times, Apple engineers working on new security measures).

Historical significance of FBI vs Apple

As I suggested at the beginning of this post, the FBI vs Apple is going to be one of the most important cases in modern  history of digital privacy and security and will certainly be a defining event of 2016 (unless of course Donald Trump is elected president) and begs the question of which side you’re on because you have to take a side. One side is arguing for there to be an inescapable “need” to be able to find out what the bad guys are doing at more or less any cost while the other contends this would remove any certainty of privacy and introduce enormous and undeniable security risks in the future.

Which side do you believe? And which future will you be comfortable with? We have a poll going and would love to hear your opinion, should Apple help the FBI? (it’s in the sidebar if you are reading this on our blog)  This case will likely end up in the Supreme Court and your representative in Washington will likely be discussing other legal avenues so make your voice heard.

When not wading through thickets of legalese, David Griffith is the CEO of Azstec LLC, the creators of docNCRYPT, the incredibly simple email and document security solution for everyone. (with no backdoors) If you have any comments or questions, email David at dgriffith [at] azstec.com and follow the Azstec Blog or on Twitter or LinkedIn

Be the first to comment on "FBI vs Apple – Updated information"