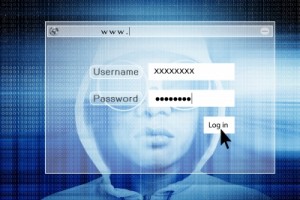 The FBI and U.S. Department of Justice postponed court hearing

The New York Times, The Wall Street Journal and other media outlets are reporting that late Monday, the FBI and U.S. Department of Justice asked for the postponement of a scheduled Tuesday court hearing in its effort to force Apple to unlock the iPhone belonging to San Bernardino shooter, Syed Farook. Judge Sheri N. Pym, the magistrate judge in the United States District Court for the Central District of California agreed to grant the Justice Department’s motion.

In a filing with the U.S. District Court in Riverside, Calif., the government claimed that, on Sunday an “outside party” had demonstrated to the Federal Bureau of Investigation a possible method for unlocking the shooter’s iPhone. Adding that the method, which still needs to be tested, if it is successful, “should eliminate the need for the assistance from Apple” in unlocking Farook’s phone.

Statement by the Department of Justice

In a statement, a spokeswoman for the Justice Department, Melanie Newman said the FBI had continued to work on ways to gain access to the contents of the iPhone. “We must first test this method to ensure that it doesn’t destroy the data on the phone, but we remain cautiously optimistic,” Ms. Newman said. “That is why we asked the court to give us some time to explore this option.”

The case of the FBI versus Apple has been viewed as fundamental in the debate over privacy and security. Apple has opposed the court order on the grounds that it would lead to a slippery slope of potentially having to open many iPhones whenever the government demanded thus compromising the privacy of its customers. In the Azstec blog we’ve have written about this case a number of times, most recently on March 1 about how important the outcome of this case will be and its potential significance to privacy and security. 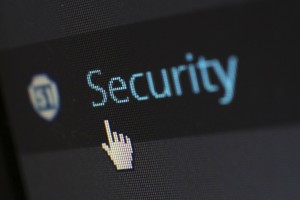 In my blog posts I cited the opinion of a number of sources, including our Chief Technology Officer,  Mark Gibbs, (who also writes the Gearhead blog for Network World) that they thought it highly likely that Farook’s iPhone was (or should have been) already cracked by government intelligence and crypto departments and this case was just a “ruse” by the FBI to force Apple to provide them with a backdoor into future products. This filing seems to confirm that the FBI never really needed Apple and they were using this case as a “thin end of the wedge” to ensure Apple’s cooperation in gaining access to iPhone products in future cases.

Give us Your Opinion

As I’ve pointed out in the past, this is going to be one of the most important cases in the history of digital privacy. Our poll Should Apple help the FBI? is still open and we’d love to get your opinion (the poll is in the sidebar to the right if you’re reading this on our blog)

When not following this important case, David Griffith is the CEO of Azstec LLC, the creators of docNCRYPT, the incredibly simple email and document security solution for everyone (with no backdoors). If you have any comments or questions, email David at dgriffith [at] azstec.com and then follow the Azstec Blog or on Twitter or LinkedIn