Warning: Declaration of Cmpopfly_Walker_PostDropdown::walk($elements, $max_depth) should be compatible with Walker::walk($elements, $max_depth, ...$args) in /home/customer/www/articles.azstec.com/public_html/wp-content/plugins/cm-pop-up-banners-for-wordpress-pro/shared/functions.php on line 534
 Encryption? We don’t need no stinkin' encryption! - Azstec Cybersecurity Center

Before we knew more than the barest details about the horrific attacks in Paris last week, both former CIA Deputy Director, Michael Morell, and the current Director, John Brennan, were playing the “blame encryption” game in general and Edward Snowden, the NSA whistleblower, in particular.

In parallel, we had Sens. John McCain, (R, Ariz.), and Dianne Feinstein, (D, Calif.) who, surprisingly, agreed with each other for the first time in maybe six years and also playing the “blame encryption” game on what they saw as the need legislation so government investigators would be able to access the content of any encrypted communications.

Okay, work with me here: Let us assume, for the sake of argument, that all of these people are right and that encryption is a bad idea,  so lets blame encryption for all our problems. It’s been suggested that secret “backdoors” could be built into encryption systems so that only government agencies with the right “keys” could read encrypted communications, but it’s pretty obvious that the bad guys would eventually discover the keys. As anyone who follows computer security knows, security through obscurity will always fail. Nope, if you’re going to make it easy for the authorities to be able to read anything and everything sent electronically, you’re just going to have to ban encryption technologies all together. So if we blame encryption for all our problems what happens? 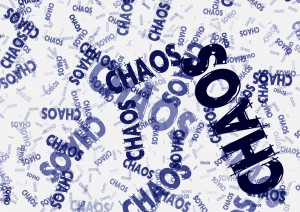 Do you think I’ve painted an absurd scenario? Sure it is, a world without encryption is impossible but so is blaming encryption for terrorist attacks and then suggesting that trying to limit or outlaw encryption is the answer. Encryption does far more good than harm and the media, and the voters, needs to get tougher on politicians when they willfully misrepresent the facts for political ends. In our new, hyper-connected, digital world full of bad guys who want to anonymously steal from us or mess with our infrastructure and machinery from thousands of miles away, we need more encryption to stay safe, not less. 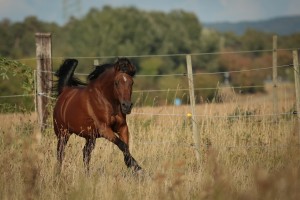 Finally, the encryption horse has already left the proverbial barn. There are already so many encryption libraries available that any two bit programmer could make a secure communication system if they wanted. Even considering making back doors available, to the government no less (who we all can be sure will keep it confidential), will do nothing other than create a bunch of nonproductive work for technology companies and provide back doors for hackers to get your information, which is already way too easy for them to obtain. A simpler way to put this is “If encryption is outlawed then only outlaws will have encryption”.  Let’s stop this discussion and not blame encryption and get back focused on the real problem of protecting our citizens from these madmen, and protecting our confidential information from criminals.

When not standing on a soapbox, David Griffith is CEO of Azstec LLC, the creators of docNCRYPT. If you have any comments or questions, email David at dgriffith[at]azstec.com or and follow us on the Azstec Blog.

Be the first to comment on "Encryption? We don’t need no stinkin’ encryption!"