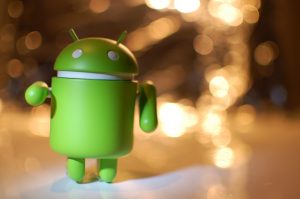 “From April 2014 to March 2015, Kaspersky Lab security solutions for Android protected 35,413 users from mobile ransomware. A year later the number had increased almost fourfold to136,532 users. The share of users attacked with ransomware as a proportion of users attacked with any kind of malware also increased: from 2.04% in 2014-2015 to 4.63% in 2015-2016. The growth curve may be less that that seen for PC ransomware, but it is still significant enough to confirm a worrying trend.”

Instead of encrypting files like that in a PC ransomware attack, Android attacks are designed to block the phone by displaying a lock screen thereby denying access to the device unless the ransom is paid. While annoying to the owners of the phone this has significantly less impact in the day to day operation of a business. We believe the biggest long term risk business going forward are not necessarily blocking an individuals phone, but Android based IoT devices running the Android operating system, as we have pointed out in our free Cybersecurity Webinars.

How to protect yourself

You can protect yourself by following our advice in Ransomware: 4 Must-Do’s to protect your Business. Especially make sure your device is backed up, don’t open emails and texts from those you don’t recognize and train your employees to recognize malware.

TeamViewer Accounts Hijacked. Are You Doomed?

Be the first to comment on "Android Ransomware Threats Skyrocket"